How I found my mentor in Niagara Falls
Winnipeg’s lullaby 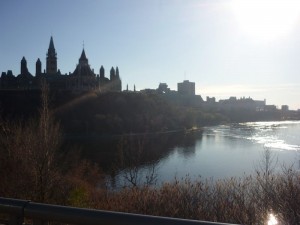 Avoiding might not be the right term, but some people simply don’t consider it as a destination. I don’t know why, but really I would like someone to answer the question. Are you not curious to see the capital city of a country? Isn’t that the first place you usually go to?

For those who missed the chance to see it and for those who are wondering if they should, here goes Wandering Secrets : wandering around Ottawa.

We’re still in November and we’re still backpacking Canada. Ottawa was a place I was looking forward to visiting after I met Alex, our host in Quebec city. He is from Ottawa although he didn’t really praised the city. Still, he conveyed something good about it without realizing it. I know I’m weird and hard to understand but this is easy: If you tell me « don’t go, there’s nothing to do/see » I’ll jump on the next train to visit (unless you’re talking about a dangerous place).

To be honest, no one told me not to go but I asked around me and I was always told not to spend more than a day there. Which is why, as you can guess, I decided to stay three days.

And here is how you can spend three days in Ottawa :

First things first, how can you get to Ottawa?

Good question. From Montreal there are planes, trains and you can rent a car (it’s only a two-hour drive). Basically you have all the expensive options. My favourite ways of transportation are usually the (local) bus and the train. but I have to say, the Canadian train costs a small fortune for a backpacker and there are no bus options. Renting a car is interesting if your credit card takes insurance (I’m thinking gold card here), otherwise you’ll end up paying twice the price you were announced. If you’re coming from Toronto you can find reasonably priced coaches, but that doesn’t answer our question.

So from Montreal to Ottawa… share a car! Quebec and Ontario are the only provinces in Canada where it’s easy and common to share a car (for those who don’t know the concept check out this article). Sharing a car was not only the cheapest option, it was also perfect for « the-dying-to-meet-people » us. We traveled with a nice Quebecois who was studying there and who had useful tips about the city.

Good, you got there. Now what? Assuming you got rid of your heavy luggage, start by the obvious: wandering around the parliament. You can’t miss it, it’ s right in front of you and if the weather is  just a little bit sunny the sight is gorgeous.

Take your time visiting the parliament and walk around it, you might find some strange inhabitants… 😉  From there, you can keep walking to the city centre where you can find coffees, shops and restaurants.

It might not sound exciting, but it’s a good way to feel the city. When I think about it, Ottawa has left me perplexed. There’s no other word to describe how I felt when I was walking around the centre. Maybe it’s because it was November, maybe it’s because it was a weekday but I felt disoriented. Ottawa has everything you expect a city to have but it’s so… quiet. Almost like a ghost town except that people were walking on the streets and cars were driving on the avenues. Amazingly enough everything was silent. As if someone had muted the motion. It was a strange feeling and I didn’t know whether I was relaxed or worried or something else. Perhaps you won’t feel that way if you go there, but I’m sure it wasn’t just my imagination.

Having had a look at the downtown, you can head to the art museum. Enjoy the view you have from there (Gatineau, the parliament) and go to la basilique  Notre Dame. This is something you HAVE to do. This church was a beautiful surprise.

Guillaume doesn’t really like visiting churches so we usually skip them or take a quick look inside. But when I opened the doors… I wasn’t expecting at all what is in there. I’m used to dark old Gothic or Roman churches, sometimes with nice stained glass windows, sometimes not. I don’t know what is the style of this one but it’s certainly something I hadn’t seen before.

I’ll let the pictures talk for me.

view from the back

Because days are quite short in winter, the last thing we saw on daylight was the Byward market.

It has a nice atmosphere, and some buildings reminded me of western cities. There’s a covered food market and on the outside you can find pubs and a lot of little original shops

must do: eat a chocolate beaver tail!! More about that here

Stick around the market at night, the people from Ottawa love it. That’s where they usually go out to eat or have a drink.

Before dark: watch the sunset on the Ouatouais river or on the Canal du Rideau. The three sunsets I lived in Ottawa were beautiful. The light stretches out to purple, pink and light orange

This was my favourite part of Ottawa. Nature surrounds the city and makes it easy to escape and hike in some very nice places. Cyclists will find a lot of cycling paths leading to those hidden jems that Ottawa keeps to herself.

We’ve done this in a day but it’s around 15km, if you don’t feel like it you can split the hike in two days.

My advice, wait for the weather to be sunny!

In the morning, you can start by walking along the Ouatouais river and have a picnic there. We started next to the lock:

Then you can head to Hog’s Back falls. It’s a long walk but it’s really beautiful and the path goes through parcs, a forest and  Dows lake. The tourism office won’t even mention them to you if you don’t ask- probably because she wants to keep them for herself 😉 – but I found them wonderful. The Rideau Falls are a big joke in comparison.

NB: you can take the bus but I don’t recommend it. The walk is as nice as the falls! If you take the bus, I’d say stop at Dows lake and do the rest by foot or bike.

For this part, I’ll let the pictures do the job:

on our way back, the forest hike.

This also is a lot to take so if you want to see more than three museums take two days. Museums are something I appreciated a lot from this city. As a lady put it, Ottawa has a museum for everyone. If you ask the tourism centre they’ll talk to you about the Civilisation museum but there are plenty of others.

We only had an afternoon so we went to two museums: Civilisation and Currency.  I really wanted to go to the Space and Aviation museum but it was too late…

Something interesting to know, museums are FREE on Thursdays, even the Parliament. However they are often free between 4 and 7 pm so you have to choose which one you want to go to. I won’t list all museums because there are a lot of them but to give you a rough idea there’s nature, art, science and technology, photography,etc. Ask the tourist centre or check them out on the internet.

About the big touristic Civilasation museum: What I want to say in this part is that if you’re not interested in museums or in history you’ll get bored. It’s by far the favourite and the biggest one but I think it’s all very personal. For those who are interested in it it’s a well furnished museum, you won’t be disappointed. I can’t tell you if it’s good or bad because we probably don’t have the same interests, patience and expectations. What I can tell you is that it’s a big structure and it takes a lot of time to see all of it. Maybe too much…

Oh, but do go around the museum at night, the sight is wonderful!

This is how we spent three days in Ottawa and I think the least we can say is that there’s nothing to do. In the end I loved the city and when I think about it this “perplexed” feeling keeps coming back to me, but Ottawa should be a destination in your travel plans and please, give it its chance, it deserves more than a day! The people we talked to seemed to like their city and I understand why. There might be things you find strange (like the silence) or really cool (you can bike anywhere) but it’s personal taste. Don’t let others influence your experience,  just live.

One thought on “Why are you avoiding Ottawa?”