A weekend in Krakow
Why you go to Salta, Argentina 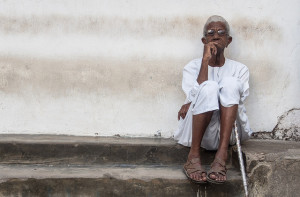 “You keep traveling because nothing’s happened to you- yet.”

When I heard this for the first time I paused. I didn’t know if I was shocked at the pessimism of the sentence or if she was right or absolutely wrong.

It took me a few seconds to get out of my dream and come back to reality. She was looking at me, waiting for me to say something. The others were waiting, too. People always want to know the bad things and pay little attention to the good ones.

And you know what came to my mind? Everything that happened to me while I was living in France. Because, no, nothing really bad has  happened to me while I was backpacking. It will, one day, because no one goes through life living a dream. But I’m sorry to say you are as unsafe in your house as when you are backpacking, and that’s what stroke me when the girl said what she said.

Back to reality, I told them my story:

When I was studying in Rennes, living alone in my studio, I woke up one night at 5am for no apparent reason. I opened my eyes and in the dark there was the shadow of a man turning his back at me, taking everything that was on my desk. In a fraction of a second, I started screaming like I’d never screamed before. I was exteriorising all the fear I had, the stress, the pain and the feeling that I was losing everything: my laptop, my money, my phone and other things.

While I was screaming I found myself jumping at the guy (who wasn’t expecting me to wake up and much less to actually jump at him) and trying to keep him from running away. Yes, he could have hurt me, killed me, knocked me out. But I didn’t know what I was doing and in all the rush, the fear and the pain, I felt I was as strong as he was (although I really wasn’t). So there I was, holding him, somehow trying to choke him and as he was running towards the exit with all my belongings, dragging me across the floor at he same time he was trying to knock me out by hitting the wall. I mean, the guy was so much stronger than I was.

I don’t know how, but I managed to rip his jacket off and he ran away. I was in shock, living alone in a small studio and now without a phone to call for help. I was standing there, still screaming to death with his jacket in my hand.

I went through his pockets and found his house keys. The guy clearly wasn’t a professional, which was a lot more scarier than if he had been. But I had his house keys in my hand thinking: he’s not going to be able to go back home, and he’ll be coming back here for his keys.

But I was still thinking I was Wonder woman and really wasn’t scared (although I started yelling  when I saw him). I hit him, I didn’t let him take the keys back and the funniest part is: I traded his jacket and keys for my laptop.

And I realized what had happened so far, and I cried, and cried for help. A neighbour finally dared going out, once he knew it was over, and called the police. The guy was never found and I wasn’t physically hurt if it weren’t for a few scratches and a bruise.

When I finished the story, I realized everyone was listening to me with attention. Of the ten people that were there, not one was looking away or doing something else. Then they were happy I was OK, that he hadn’t tried to rape me or anything. The conversation started again, around the same topic, and it’s sad that everyone had a story to share.

So you see, this happened in France, when I was living here. That story doesn’t level with the time my neighbour tried to shoot two armed guys who were forcing our door.  That time in France, I was a young woman, alone and scared and no one came to help me. And I am still very scared today whenever I sleep alone.

So why would I stop traveling if something bad happend on the way?