What’s your story? They were all dead
The irony of Matka Canyon 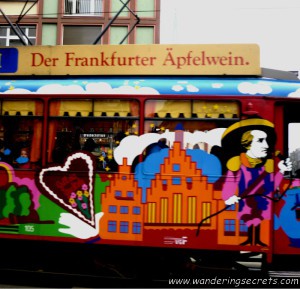 There are three ways a flight can go: blissfully stable, (violently)turbulent, chaotically ending in a freefall. We say that flying is the safest way to move around, that it’s safer to get on a plane than in a car; that a plane can’t really fall and even if it did there’s a chance you land on the sea. That turbulences are nothing.
Nevertheless the risks are there. When you get on a plane, you deliberately know what can happen.
Choosing to get on a plane is like choosing to get on with your life: it’s up to you to decide whether you trust the pilot or if you’re going to hang onto your seat and pray until you land, like I do. You get on board like you get on board in situations and decisions.
In January 2013, I chose to get off.

After a month of wandering around Qatar, Guillaume and I got great news: we had our Working Holiday Visa for Canada.
This might seem like nothing to you, but this visa is quite hard to get in popular countries like Canada, and we really did everything we could to get it. It took us months, but it paid.
A few months back, we had crossed Canada from East to West, tried Couchsurfing for the first time, got tricked into thinking we were WOOFING in Victoria, took the train and watched the stars from the dome, almost died from the biting cold in Winnipeg, walked 10 km at 2a.m on a highway to get to the nearest city. Canada was a lot of adventures, fun and tears.

And now we had the right to live there, to work wherever we wanted to and to travel around this huge country.
After the warm winter of Doha, we were ready to face the usual -20°C of a January in Canada.
We had packed, our whole life fitting into two 40L backpacks. We were ready to live new adventures, we were ready to look for a job, to find a flat somewhere. To make new friends. To see polar bears. How exciting it was! A new life, a new start, a new path.
A few hours before getting on the plane a strange unknown feeling slowly, very slowly, started to come over me. Somewhere in my mind, I knew that I wasn’t as excited as I should have been. Was I tired of travelling? No. Was I scared? The flight was the only thing that scared me. Did I want to stay in Qatar? Not really, although I wouldn’t have refused the chance to do so.
This WHV was the gate to our new life abroad, and Canada was our first real, proper backpacking trip. That was back in 2012, when we gave up everything we had and just left.
What was wrong then?
As we got on the plane, this bittersweet feeling started to grow in me, more bitter than sweet. I had to do something about it.
I looked at Guillaume and asked:
-” Where would you like to go first in Canada?”
After a few moments, he simply answered:
-“I don’t know”
-“Where do you see yourself living, then?”
And again, the same answer followed moments of silence: “I don’t know”.
Silence fell again and it stroke me. I had loved our trip to Canada, but I didn’t want to go back there and settle down. I wanted to go forth.
I looked at Guillaume and I knew that he felt that way too. I could see him struggle, try to decide whether he should follow his heart or his mind. Whether to get back to the office or go wild somewhere unknown.
We landed in Frankfurt to take the connecting flight to Montreal.
We landed in Frankfurt, and never got on the plane. Laughing our heads off, we grabed our backpacks, headed towards the exit and said hello to Frankfurt.
We left the airport of Frankfurt without knowing where we were going to spend the night, where we were heading in town or in our life.
The WHV was useless now. And we will never get it again for Canada.

But there was something a lot more valuable than the visa. Something I wouldn’t trade for anything in the world: The chance to live the life you want.
We visited Frankfurt, made our way South till Lyon, and a few weeks later we were heading to China.
That’s the lesson I learnt from getting off that plane: There is no such thing as a safer path because there is no way of knowing how or where you will end up, or what opportunities you’re going to come across. The only thing you choose is the direction your life is going.
There are no bad choices unless you don’t learn from the darkness to see the light. Unless you stand up and go on with your decisions.
I would never be the woman I am today if I hadn’t gotten off that plane, crossed Germany, worked in China, traveled through South East Asia or lived in Slovakia.
I would never be as strong as I feel today if I hadn’t met other travelers, suffered from a great culture shock, eaten incredible food, been sick from it, slept on a river bank, toured cities with a perfect stranger. Held babies on buses, learnt how to make little paper frogs with a stranger at the airport.
Getting off the plane in Frankfurt was the start of a new life: the one that I have chosen for myself. The risks that I have chosen to run. The fun I‘ve decided to have.
Go on and do what you feel would do you good. Get on or get off but never let probabilities stop you.