What’s your story? We got off the plane
I remember Pisa 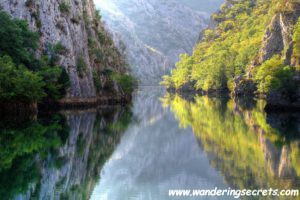 I met her at the hostel, on a very hot spring day.

She had been travelling for a bunch of years. She had seen so much, been through so much, that it sounded unreal when she said “I don’t want to see anything new anymore.”

She had the best travel stories, the smartest tips, the greatest pieces of advice. The world was her home, and you could see her eyes sparkle whenever she spoke about it. It would take minutes for her to convince someone that the world is a happy place, that everything is a question of perspective.

We’d been talking for nearly half an hour about our lives when this same woman, optimistic, happy, mature as she was dropped, with the same joyful tone she’d been talking about things: “I’m tired of travelling. I am obsessed with everything that is going wrong, while I keep showing everyone what a waste it is to be pessimistic. I just can’t be bothered with new things anymore.”

You could expect pretty much everything from her, but this still came as a shock for our roommate.

She, and a great lot of long-term backpackers out there live or have lived a life of excess.

The adrenaline at the airport, the intoxicating feeling of freedom, the exhilarating silence of nature, the way the heart reacts to beauty, or happiness.

It’s addictive, and it never stops.

Inevitably, there comes a point where the body can’t take it anymore. Feeling your heart beating everyday for five, ten years is exhausting. Thrilling, but exhausting.

The hostel girl was at that point. Wanting to shut her eyes and enjoy a break from it all, building very small habits and routines to numb everything down a bit, in the place we’ve booked a room for a few days.

She craved the opposite things that someone who has only had a 9/5 job in a dull life would want.

Every person has things that do them good and bad. Playing music, working, being surrounded by friends, charity, alcohol.

Whatever these things are, pushing them too far will hurt at some point.

Either way, neither lifestyles will lead to happiness if taken into excess. It’s as overwhelming to change places everyday and spend your days looking for a place to sleep, as it is to live a life ruled by routines and habits.

The canyon of Matka was lying in front of us while we stood there, in silence.

The green-blue waters, the vegetation, the sun, the cliffs diving in the snake-like river, nothing could catch our eye at that moment.

It did though, for the people behind us who genuinely thought Matka canyon was the nicest place they’d seen in Macedonia.