The colours of Bratislava
Slovakia in a nutshell: fun facts about Slovakia 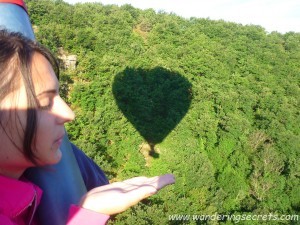 Are there any countries you said you would never visit? Did you want to go somewhere but got scared off by something or someone? Is it dangerous to travel? Is it safe to travel? What are the dangers? Are holidays safer than a backpack adventure…

Now open them, and read some of the posts in this blog or any other.

How similar is it to what we’ve seen on TV? How different is it from what you imagined? How do you feel knowing that most Chinese are atheist, that Buddhism is a religion and that the city are often so dirty not even rats live there?

Now close your eyes again and imagine Argentina. Feel the music: salsa, cumbia, tango. Hear the language, the people. Imagine what it’s like to take the the transports.

Now open your eyes. What do you really think it’s like over there?

No  “a friend of a friend told me” stories.

The worst travel experiences are the ones that take you by surprise, the ones that you’ve planned and expected too much. Like it happened to me in China. I loved my year there, but it took a long, long time to recover from the shock, the surprise, the cultural differences. It took my roommate part of his sanity to have believed the friend of a friend and the documentaries. Nonetheless I would go back and live there today without hesitation.

As I would go back to Canada, and to any country I’ve been to.

The other day I made two mistakes. On the same week, two of my students told me how they dreamt of going to Argentina but will never go because someone told them something about it being dangerous and that tango was difficult to dance.

I listened to the first student. And I said nothing, leaving her with the unsaid confirmation that no, tango is not easy and you won’t learnt it in two weeks in Buenos Aires. That’s my first mistake.

The second mistake happened a few days ago over a beer. And this student tells me about his German friend and his girlfriend, who got robbed while walking back home at night. One of the robbers had a gun (but no one died or was harmed).

And I… said something. The wrong thing. I said that yes, it happens and that Argentina is not as safe as people imagine it is. But I really should have said many other things. Everything and every single country in this world has a bright and dark side.

For starters: if it’s not good to rely entirely on other people’s experience and much less on TV, it’s nevertheless advised to do a bit of research on food, water and personal safety.

Second: Learn to observe. Watch the others around you, what they do, what they don’t do. Ask if you have doubts. If you see poverty in a place, a city or a whole country, have some sense and don’t take out your camera. Don’t ask for trouble. Don’t walk at night without a local.

Third: The planet is a much safer place than what people think. When you travel, dangers are different than what we imagine. Sure you can get hurt, kidnapped or even killed, if that’s what you want to hear. But if we are realistic, let’s say that you will get hurt only once in your whole world tour. On the other hand, food poisoning, scams, petty theft, boat wreck or sleeping on the street are things that have more chance to happen, and things that are worth considering.

We are afraid because we are alone in our travels. We don’t want to go on holidays by ourselves because we feel we don’t appreciate things as much as we could if we were with someone. Or because you’re a woman and are afraid of potential risks.

Would you like this place if it was crowded? – Argentina

We are afraid for our lives, we are scared of a long, infinite list of things that seem remote when you take the step and get on that plane.

We rely so much on everything and everyone around us that we don’t know how to live with ourselves. Some people are addicted to social networks, to the internet in general, to partying, or to work. To social contact in general. We are scared because we don’t sleep in our bed when we go on holiday and much less when we backpack. We are scared because supposedly no one will know or take care of us if something happens to you. We think we are going to get bored because there will be no one to go out with us.

And that is so far from the reality. The truth is, you’re never alone when you travel ( and that is actually a bit tiresome sometimes). But the most important is, you learn to rely on yourself. You learn your capacities, your abilities, how far your instincts go. How sociable, shy, funny, talented you really are. You learn to watch a sunset alone on the beach with a smile on your face. A smile to the sun. You learn to rely on yourself when you’re tired, hungry. You enjoy every second of your trip more than you would with someone by your side because there will be no judgement. You will be free to do or to not do outdoorsy stuff, to go out or not, to eat what you want. You will talk to whoever you want to, and you’ll stay in your room when you want.

Are there dangers in travelling? Yes.

Are there dangers in living your life? Yes.

Are there dangers in working in an office? Yes.

The beauty of travelling is, you will realize how capable you are. You’ll see that you are strong, resourceful. You will see that the qualities and flaws you thought you had are in reality very different.

Traveling makes you a beautiful person.

So go on, the world will catch you if you fall.

Oh wait, a rainbow might strike you – Scotland, the Highlands

Categories: Behind the scenes, Tips

2 thoughts on ““I’ll never go there”: the dangers of travelling”